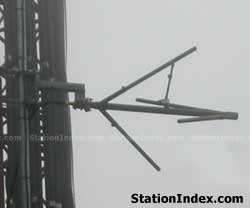 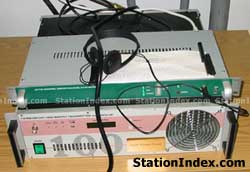 Nearly 4,000 FM translators exist across the United States. The job of these little stations is to rebroadcast in areas where the parent station cannot be received. They all have a similar setup as the one above with a small transmitter, a signal receiver or input device, and an antenna. The first picture is of an omnidirectional antenna which radiates in all directions. At the top of the second picture is a FM receiver and below that is the transmitter. An FM translator can be setup for about $3000.